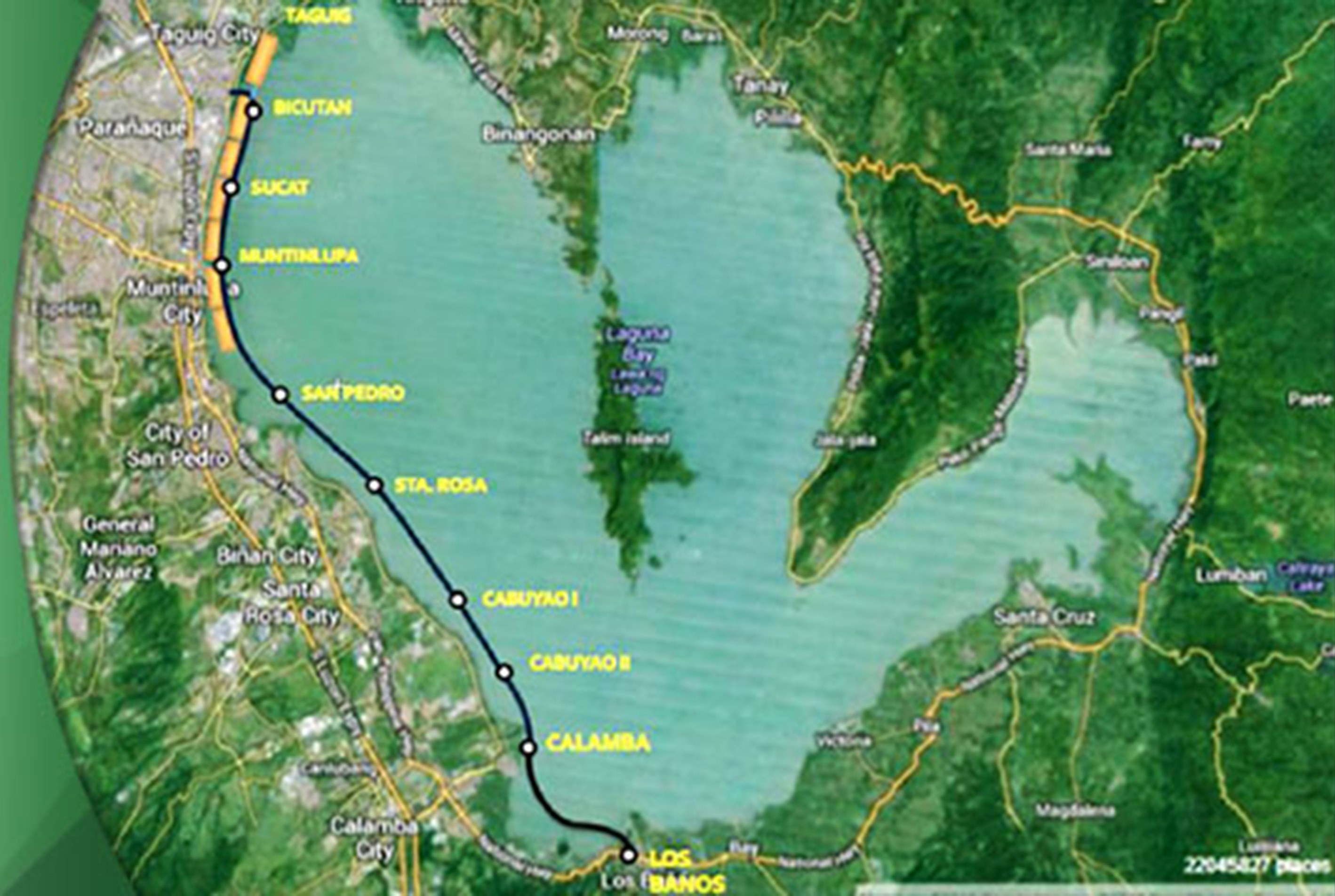 In September 26, 2009 Typhoon Ketsana (local name Ondoy) dumped 341 millimeters of rain, equivalent to a month’s worth of rainfall in Metro Manila and at the nearby provinces like Laguna and Cavite. According to the Laguna Lake Development Authority, at the height of Ondoy, the water level of Laguna Lake breached its 90-year record of 14.5 meters measured in 1919, the highest known level of the lake. After six hours of driving rain, more than 3 million people or 466 families in 1,368 barangays have been devastated by the murky flood waters inundating homes, farmlands and business establishments. 293 people died in the worst flooding since 1967. In Metro Manila, the death toll reached 136.

A Dike, an Expressway and a Reclamation project

In August 2013, severe tropical storm Trami (Maring) whipped through the country devastating Central and Northern Luzon, including the CALABARZON area. Typhoon Maring left 27 dead, injuring 30 people and damaging infrastructure worth Php 689.4 Million.
As President Aquino inspected these flooded areas, he committed to construct the Laguna Lake Expressway Dike (LLED), a project of the Department of Public Works and Highways (DPWH).

As the name suggests, the LLED is both an expressway and a dike system. Under a public-private partnership (PPP) arrangement, the 47 kilometer high speed, six-lane expressway project which will sit on top of a flood control dike will be constructed and operated by a private concessionaire — very much like that of the Afsluitdijk (enclosure dam), a 32-kilometer dam that separates the Wadden Sea (salt water) and the Ilsselmeer (fresh water). On top of the Afsluitdijk runs the A7 motorway connecting Noord- Holland and Friesland, found in The Netherlands.

Based on the study made by the Advancing Philippine Competitiveness (COMPETE) Project of the United States Agency for International Development (USAID) for the DPWH, the Laguna Lake Expressway Dike will have an off-shore alignment of at least 500 meters from the lake’s shoreline and will be equipped with pumping stations and flood gates. The structure will start in Taguig and will traverse through the cities of Muntinlupa, Calamba, ending in Los Banos, Laguna at its boundary with Bay, Laguna.

This mega structure, the second largest PPP project to date of the Aquino Administration, will cost approximately Php 122.8 billion or USD 2.73 Billion. The project will be undertaken through a Build-Transfer and Operate – Build-Transfer (BTO-BT) scheme with a concession period of 37 years. Once built, the expressway dike will safeguard some 200,000 households or approximately a million Filipinos from low-lying areas around the lake who are constantly affected by its flooding.

The 47-kilometer, 6 lanes stretch of expressway is estimated to be completed within 7 years and will be operated and maintained by the concessionaire. As a toll road, the Concessionaire will be given a Toll Operations Permit that will be issued out by the TRB as soon as the road is completely finished and the Toll Regulatory Board (TRB) requirements are met. At the end of the 37-year concession period, the expressway dike will be turned over to the DPWH.

An equally significant component of the project is the raw land reclamation of 700 hectares of foreshore and offshore area within the Laguna Lake. The seven (7) islands of reclaimed areas will be 450 meters wide and about 15.6 kilometers long each stretching from Taguig to Muntinlupa. Each of these islands will be separated from the existing shoreline of the lake through a waterway or channel approximately 100-150 meter wide and will adjoin the western edge of the expressway dike.

The concessionaire is expected to reclaim these raw lands within the lake and sell them off or use them as prime real estate property intended for mixed-use development activities. Building the project will come at no cost to the government, except for the right-of-way outlays provided by law under Republic Act No. 8974 (Right-of-Way Acquisition Act) and its Implementing Rules and Regulations.

The coastal communities of the Laguna Lake stand to gain the most of this multi-billion massive infrastructure project. Flooding will be greatly minimized if not totally eradicated. The lake itself, a source of livelihood for many living off its bounty, will be preserved from excessive and unrestrained farm fishing using destructive fish pens. According to the Laguna Lake Development Authority (LLDA), affected fish cage owners and operators can still rebuild their fences in a new relocation site within the lake. However, for those small fish pen owners who cannot afford to construct new ones, they will be compensated for their structures under Republic Act 8974 or the Acquisition of Right-Of-Way. The interest of marginal fisher folks who are highly dependent on the lake for their livelihood will be taken cared of with appropriate alternative livelihood programs being designed to address these needs.

Environmental concerns such as the deterioration of the Lake’s water quality due to siltation and turbidity and the protection of its fresh water ecology have all been taken into consideration and will be tackled by both long term and short term mitigating measures identified by experts working with the LLDA and the DPWH.

The promise of progress

Building the Laguna Lake Expressway Dike project is a huge undertaking with equally huge stakes for all parties concerned. But from a development point of view, the expressway dike is more than just a massive infrastructure project of the government and its private proponent.

The expressway will make the transport of goods and services easier and faster as the LLED will provide an alternative route going to and from South of Metro Manila. The construction activities will provide alternative jobs to displaced and affected people who make the Laguna Lake as their source of livelihood. The value of real estate is projected to skyrocket, bringing with it the benefits of a stronger and healthier local economy. It will bring in more jobs, increase incomes, and better business.

From an environmental point of view, the structure will help protect and improve lives ruined from the destruction wrought by raging flood waters. It will also mean that the Laguna Lake will be protected from environmental degradation due to overfishing and pollution.
Building the Laguna Lake Expressway Dike brings the promise of progress closer to reality.