Public-Private Partnership (PPP) can be broadly defined as a contractual agreement between the Government and a private firm targeted towards financing, designing, implementing and operating infrastructure facilities and services that were traditionally provided by the public sector. It embodies optimal risk allocation between the parties – minimizing cost while realizing project developmental objectives. Thus, the project is to be structured in such a way that the private sector gets a reasonable rate of return on its investment.

PPP offers monetary and non-monetary advantages for the public sector. It addresses the limited funding resources for local infrastructure or development projects of the public sector thereby allowing the allocation of public funds for other local priorities. It is a mechanism to distribute project risks to both public and private sector. PPP is geared for both sectors to gain improved efficiency and project implementation processes in delivering services to the public. Most importantly, PPP emphasizes Value for Money (VfM) – focusing on reduced costs, better risk allocation, faster implementation, improved services and possible generation of additional revenue. 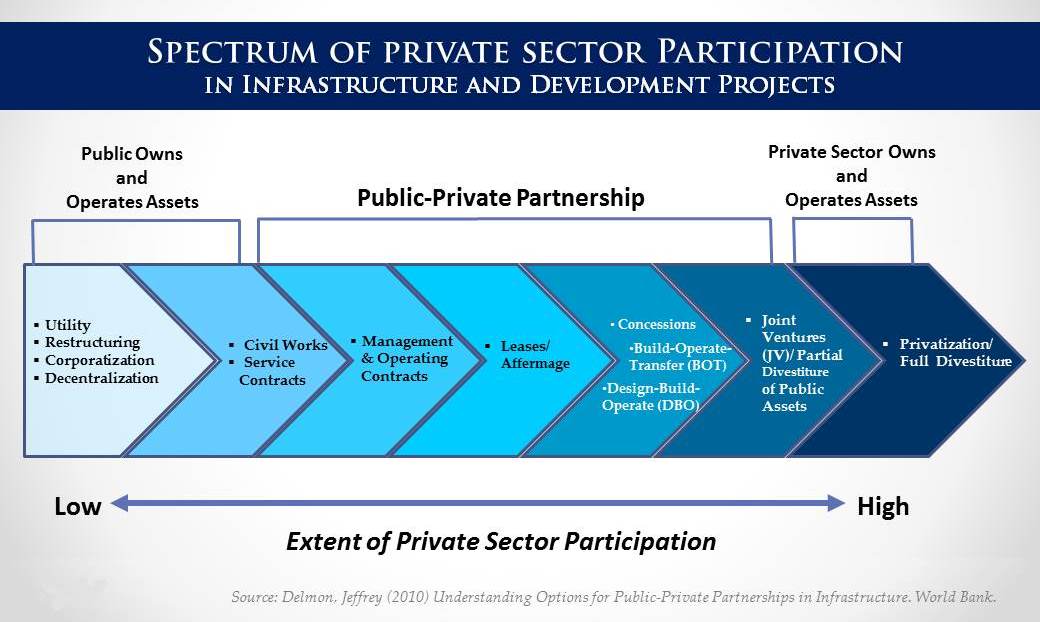 Generally, there are two common forms of PPP structure: availability and concession-based PPPs. The two forms could be distinguished from each other based on what the public or private parties assume within the partnership, e.g. rights, obligations, and risks.

There are various PPP contractual arrangements reflecting how risks are shared and the roles between the government and the private proponent. Build-operate-and-transfer (BOT) projects and its other variants can be structured as either a concession or availability agreement. 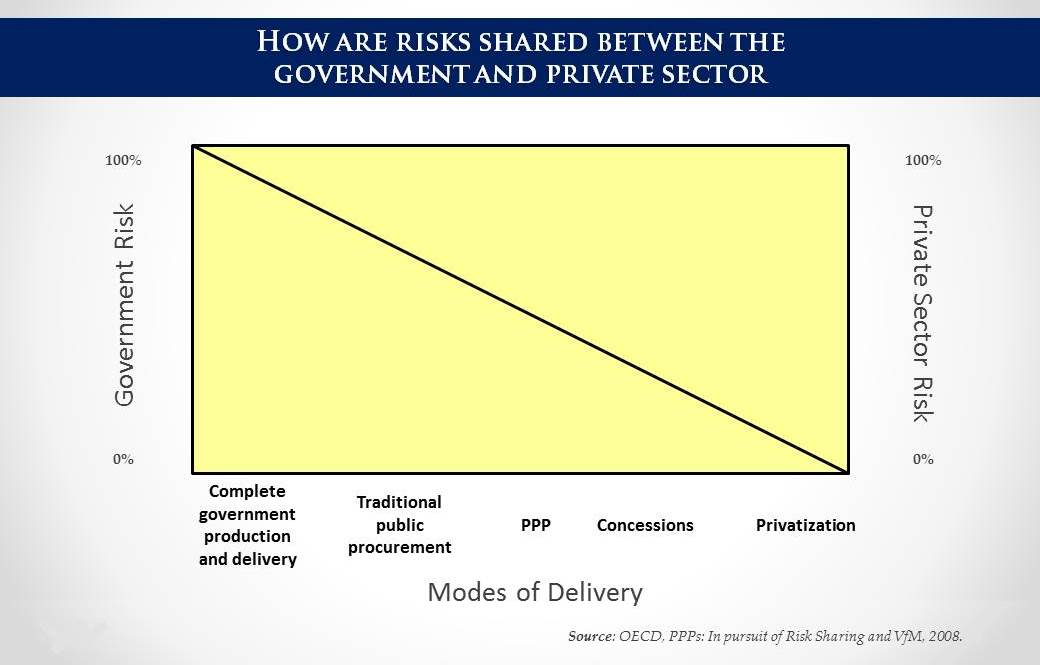 Partnership between the government and private sector for infrastructure and development projects can be made possible through a broad spectrum of modalities. The following are the contractual arrangements which may be undertaken under the amended Philippine BOT Law and its Revised Implementing Rules and Regulation:

The Revised IRR of the BOT Law enumerates the list of activities which may be undertaken under any of the recognized and valid BOT contractual arrangements (PPP modalities). These include, among others:

In a solicited proposal, the IA formally solicits the submission of bids from the public. The solicitation is done through the publication of an invitation for interested bidders to submit bids, and selection of the private proponent is done through a public competitive process.

What are PPPs?
Public-Private Partnerships (PPPs) are contractual arrangements entered into by the government with the private sector. Under a PPP scheme, the private sector can build, operate and maintain public infrastructure facilities and provide services traditionally delivered by government. Examples of these are roads, airports, bridges, hospitals, schools, prisons, railways, and water and sanitation projects.

What are the government’s legal basis for entering into PPPS?
Republic Act (RA) 6957, as amended by RA 7718 (commonly known as the BOT Law), and its Implementing Rules and Regulations (IRR), the 2013 NEDA JV Guidelines, Executive Order No. 423 s. 2005, and the Local Government PPP Code/JV Ordinance.

Who can enter into PPP?
Government implementing agencies (IAs) can enter into PPP. BOT Law and its IRR defines an “Agency” referring to any department, bureau, office commission, authority or agency of the national government, including Government-Owned and/or –Controlled Corporations (GOCCs), Government Financial institutions (GFIs), and State Universities and Colleges (SUCs) authorized by law or their respective charters to contract for or undertake Infrastructure or Development Projects.

Who may qualify as bidders of these PPP projects?
According to Section 5.1 of the BOT Law IRR , any individual, partnership, corporation, firm, whether local or foreign, including consortia of foreign or local and foreign firms can participate or apply for pre-qualification or simultaneous qualification for ppp projects. However, if the project involves the operation of a public utility, the operator must be at least 60% Filipino owned.