Why approval for Cavite-Laguna expressway project was delayed 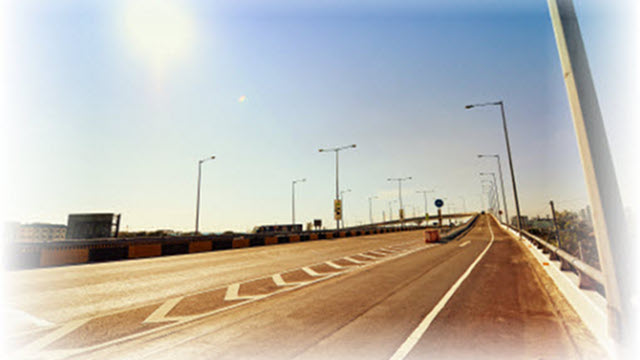 COMING SOON. This road project will decongest traffic along Laguna and Cavite roads, particularly on Sta. Rosa-Aguinaldo Highway. Photo from the PPP Center

MANILA, Philippines – The auction and, eventually, the construction of Cavite-Laguna Expressway (CALAx) project can finally proceed this 2013 and be complete by 2017 following the grant of a final approval by the government on Friday, January 18.

Changes in the length of and financing schemes for the road project, as well as the succeeding efforts to reduce cost are the main reasons for the delay of this big-ticket infrastructure project.

The much-awaited go-signal to start the bidding process was granted by the National Economic and Development Authority (Neda) Board, chaired by President Benigno Aquino III, on Friday, ending years of waiting.

The CALAx project, which will connect the Manila-Cavite Expressway (CAVITEx) and South Luzon Expressway (SLEx), was identified as one of the two projects under the Public Private Partnership (PPP) scheme the Department of Public Works and Highways (DPWH) will pursue this 2013. The bidding process was supposed to start in 2012.

The Neda Board, chaired by President Aquino, gives the last go-signal in the government process for rolling out major projects identified as part of strategies for economic growth.

The project is meant to connect and ease traffic congestion between the growing industrial and commercial centers in the two provinces south of Metro Manila. It will have a P35.58 billion price tag.

This is lower than the previous cost estimate of P43.3 billion, which was the main reason the project was only “approved in principle” when the Neda board tackled it in November.

Between then and now, the “feasibility studies [on the toll road project] have been completed,” DPWH Secretary Rogelio Singson explained in a previous press conference.

In a press briefing on Friday, Communications Secretary Ricky Carandang said adjustments in the project specifications reduced the cost and allowed them to “squeeze out additional savings.”

“We varied the specs a little bit. Little things we adjusted are, for example, the embankments leading to the roads [that] tend to be a expensive, so they reduced the height [of the embankment]. Adding [all these adjustments] actually [led] to significant savings,” he explained.

The project actually started out with a price tag of only P11.79 billion. Several feasibility studies later, the cost increased to P19.69 billion and was identified as a pure public-private partnership (PPP) project.

This was when the toll road was projected to be almost half the length of the approved one. CALAx was previously a 27.2-km highway, 6-lane road that would connect Bacoor and Dasmariñas, link it to the Manila-Cavite Coastal Road in the north to the proposed East-West Cavite-Laguna Expressway in the south.

What was eventually approved on January 18 was a construction and design project for a 47.02 km, 4-lane expressway from the end of the Cavite Expressway (CAVITEx) in Kawit, Cavite to Mamplasan Interchange of the South Luzon Expressway (SLEX) in Biñan, Laguna.

The project involves the construction of two expressways — one on the Cavite side and the other on the Laguna side.

The road project is also divided into two sections: the PPP section, which will be awarded to the winning bidder from the private sector, and the Official Development Assistance (ODA) section, which multilateral agencies will fund.

The Cavite component and the PPP section is a 36.01 km, 4-lane toll expressway from the terminus of R-1 Expressway in Kawit to Aguinaldo Highway in Silang.

The Laguna side and the ODA section is the remaining 11.01 km part of the 4-lane road from Sta. Rosa, Laguna to SLEx at Mamplasan Exit in Laguna.

“The private proponent shall be responsible for the financing, designing and constructing of the PPP section, and the subsequent operations and maintenance (O&M) of the entire CALAx,” the PPP Center, which oversees alignment issues in these big ticket projects, previously explained. – Rappler.com 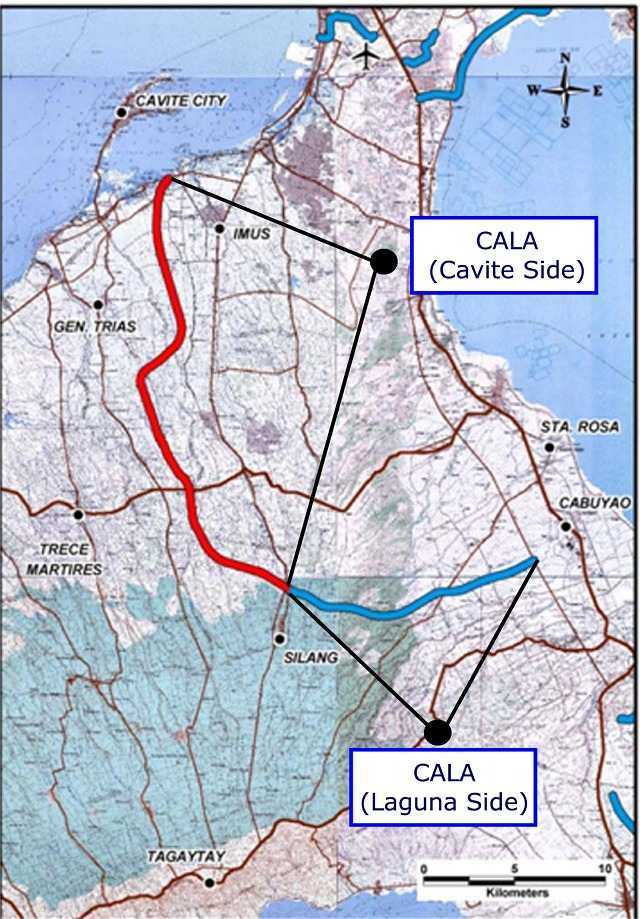 This map is from www.dpwh.gov.ph